This is a guest post by educator Jay Corrigan.

Several of the 5th graders in the classroom asked that question aloud as I stepped into the room.  I was there to try out the Question Formulation Technique.  I had read the book Make Just One Change, studied the blogs, and watched Dan Rothstein do a TED Talk.  I had drunk the QFT Kool-Aid and it tasted good.  As a teacher specialist, I did not have my own class of students to work with so I was borrowing a class from another teacher.  They seemed skeptical.  I was psyched!

I will admit to being in that classroom for some selfish reasons.  Teacher specialists in my county get to research instructional strategies and present them to large audiences of teachers and principals, which is pretty exciting.   But they do not get to teach kids, which is unfortunate.  Nothing in my professional life is quite as much fun as planning and delivering math lessons to students so it was no accident that I was walking into that classroom at the beginning of their math block.

2.  I was pretty sure that there would be fifth graders who would know what a trapezoid was, and it was also a safe bet that parallelogram wouldn’t be a foreign term for some of them either.  However, I was equally confident that no one would have a clue what a Trapezium was so between that and the arrows, there should be something unknown for everyone to ask questions about.

The Question Focus (QFocus) that I had selected for this class was meant to introduce a unit on Geometry, one that would address 5th Grade Common Core Geometry Standards related to classifying two-dimensional figures in a hierarchy based on properties (5.G.B.4) and understanding that attributes belonging to a category of figures also belongs to all subcategories of that category (5.G.B.3).  It is a particularly cool set of objectives that, in part, requires kids to look at a square and know that they are also looking at a rectangle, and a rhombus, and a parallelogram.  Shapes are something that kids learn about very early in their academic lives and they often learn to identify them based on how they look.  So explaining to students that a square is also a rectangle (because they have key attributes in common) is akin to trying to convince them that a puppy is also a tomato.

I separated the students into small, collaborative groups and distributed a set of index cards to each group.  I instructed the students to write each question down on its own index card.  I figured that 20 cards per group would be more than sufficient.  After all, they had never done an activity like this before and despite my excitement, I was prepared to see groups of kids all staring at each other in silence.

The explosion of noise that happened as soon as the QFocus was on the board was the first indication that I had wildly misjudged what these students were capable of.  As I walked around the room observing these small groups of students asking questions (and distributing more index cards because it quickly became apparent that 20 would not be enough) I was struck by the depth of their thinking.  These students did not have the content knowledge they needed to understand exactly what was going on in the QFocus, but I felt like the reasoning shown in many of the questions they were asking was breathtakingly complex.  Here is a list of the questions the students asked during the activity:

The first question (Is a trapezium a 3D figure?) on the list is representative of many questions students asked about the Trapezium.  As I suspected, they were unfamiliar with that shape and wanted to know more about it.  I was also pleased at the number of questions that were directed at the relationship between the three figures, as shown in questions five and ten.  Ultimately, my instructional goal was to arrive at that pattern and use it as a starting point from which to embark on helping students classify using attributes rather than appearance.

The Etymology of the words Trapezoid and Trapezium

I looked it up after I saw the students’ question and realized that there are several etymological issues related to the words Trapezoid and Trapezium. First, those words have a different meaning in Europe than the United States. What we commonly refer to as a trapezoid in The US and Canada is referred to as a Trapezium in English speaking countries outside of North America. Secondly, there is a mathematical disagreement as to whether a Trapezoid has exactly one set of parallel sides (the exclusive definition) or at least one set of parallel sides, which would make a parallelogram a special kind of trapezoid (that puppy is starting to look more and more like a tomato!). Apparently, the second definition is more useful in higher mathematics courses like Calculus, which is interesting because I have always taught the first. These words both originated from a Greek word meaning ‘little table.’

The seventh question (Why do trapezium and trapezoid have the same first 6 letters?) was a complete surprise and helped me to see something that I had never noticed before.  I do not think that the students who asked this question knew what etymology was, but they were certainly exploring within that realm when they noticed the similarity in spelling.

The eighth question (Does the pronunciation of the words effect the relationship?) was interesting as well.  The students who asked this one were trying to figure out how to say the word Trapezium and were wondering if there was more than one way to pronounce it.  One student in the group explained to me that the word ‘attribute’ can be pronounced by accenting the first syllable or the second syllable and that changing the accent changes the meaning (he didn’t use the word accent in his explanation, but he pronounced the word in two different ways to make his point).

As I reflected on the kinds of questions that these students were asking, I realized two things.  The first was that I had vastly underestimated the level of rigor that would be appropriate for these students.  They were clearly capable of thinking at much deeper levels than I had realized.  In my head, I started re-evaluating how I would use their questions to add rigor to the unit.  The second thing I realized was just how powerful the Question Formulation Technique is as a formative assessment.  I have since done this technique in several different grades in several different content areas; and in each case, I walked away from the experience having a much broader understanding of what students did and did not know, what they were and were not interested in, and the kind of thinking that they were capable of (which in almost every case was more rigorous than I thought).

I have seen the power of the Question Formulation Technique first hand, its power not only to motivate students to take ownership of their own learning but also as a formative assessment teachers can use to match instruction to readiness level.  The next horizon for me is in avoiding what Grant Wiggins calls ‘Bogus Inquiry.’  Teachers (myself included) often have predetermined instructional plans and if those plans happen to accidentally bump into a student-posed question, fantastic, but in no meaningful way are the students’ questions driving instruction.  Releasing some control and driving the instructional bus with the students instead of for the students is the next flavor of Kool-Aid I am excited to sample!

Jay Corrigan is a teacher specialist for Frederick County Public Schools and has held this position for 2 years. Previously, he was an elementary school teacher in Frederick County for 12 years, teaching grades 3, 4 and 5. Jay graduated from Bowling Green State University in Ohio with a degree in Elementary Education and received a Master’s degree from the University of Connecticut in Gifted and Talented Education. He maintains a best practices website located at www.fcps.org/salient5 and can be found on twitter at @CorriganJay. 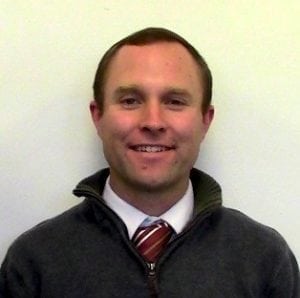