I have been a music educator for over 25 years, the last eight of those as director of band activities at Georgia College & State University. One of my teaching duties is conducting the Georgia College Wind Symphony, our institution’s concert band. For our most recent performance on April 4, 2019, we performed Omar Thomas’ Of Our New Day Begun. This composition is Thomas’ response to the domestic terrorist act at the Mother Emanuel A.M.E. church in Charleston, South Carolina, on the evening of June 17, 2015. Since the Wind Symphony has a diverse group of collegiate musicians, and this event occurred while they were mostly still in high school, I decided to approach the composition using the Question Formulation Technique (QFT), a new technique in my pedagogical tool bag.

It was through the QFT that I hoped to allow the musicians to approach the subject matter and the composition through the lens of curiosity and inquiry instead of judgment, ignorance, or fear. The intent of this approach was to allow the musicians to bring their own humanity to the rehearsal and eventual performance by getting in touch with the event, the music, and themselves — creating an informed point of view in order to convey the emotionally laden composition to our audience.

The Wind Symphony was made up of 51 students, one community member, and one faculty member, representing a variety of educational levels (freshman through senior and beyond) as well as a variety of academic majors. We started the rehearsal process with a three-day introduction to Of Our New Day Begun (OONDB).

This three-day process created two lists of questions, one for each of the QFocus prompts. Questions from the New York Times QFocus fell roughly into four categories: causes, aftermath, motivation, and event details. Here are some of those questions:

Since the terrorist act happened while the majority of these students were in high school, it wasn’t surprising the details of the tragedy were lost, and their general inquiry led in the direction of facts. Because of this, I was disappointed in the lack of personal connection to the QFocus. There were no questions in the realm of, “Why does this make me angry?” or “Why doesn’t this event surprise me?” It seemed the students as a whole kept the QFocus at an arm’s length and did not inquire into their own reaction to the headline.  Maybe this is because of the group work, and that one’s personal, emotional reaction is too raw or too intimate to be shared in a group setting such as this class.

Students’ questions from the compositional listening on day two also fell into certain categories. Here is a selection of what they asked:

As with day one, students’ inquiry went in the direction of the story. They wanted to find a narrative to the composition, and many questions asked about direct links from the event to the music. However, one question out of the second day really struck me as being directly tied to the goal of helping us bring the composition to life musically:

How can we emphasize the silence so it’s impactful?

This question leads us on the journey toward interpreting the music. When performing a composition, it is imperative that musicians have a point of view on how the music is supposed to be performed (interpretation). We start working with questions such as, What characters are present? Where is the music going? What is my individual role in the ensemble at this moment? However, it has been my experience that most of these questions and their answers come from the conductor in the music education classroom. It was my hope the QFT would promote curiosity and inquiry among the students, allowing them to access and develop their creative skills by letting them develop their own questions and answers regarding interpretation. This last question demonstrated to me the QFT has great potential to flip the interpretive obligation from the teacher to the student. For me, developing creative skills is the real reason for music education in the public-school curriculum.

Rehearsals on this composition appeared to be more focused and engaged than on the other five pieces of the concert. This certainly could be due to the heavy emotional content of the work compared to the others, but the way the students approached asking questions in rehearsal lead me to believe the QFT had some influence as well. This thought was also supported by some of the student reflections. For example, when one student was reflecting on what they had learned they stated:

I learned that Omar Thomas used lots of traditions performed in typically black churches in this piece to bring attention to where this act of violence was held as well to pay respects to its victims. I also learned that at the end of the piece the hum that grows louder represents the struggles of African Americans and how there’s still so much to be done to achieve equality and end these acts of violence.

We also discovered that the process seemed to have opened a different vocabulary for us to utilize. For example, consider the following student question from the QFT:

This question directly connects a part of the music to the composer’s intent. With the students thinking in this manner it allows me to point out things in the music and let the composer help the students interpret what they are hearing instead of me telling them. For example, during one rehearsal the ensemble was getting too loud and angry with their tone earlier then needed.  Instead of telling them where to get angry, I was able to say, “Mr. Thomas will tell us when to get aggressive in the harmony, if you just listen for it.” We then went back and tried again, and it changed the entire way the ensemble interpreted that section. These little reminders of the composer and the questions changed the way I rehearsed this concert cycle, and this thought process started to bleed over into the other works in the concert. Sometimes I had to start by asking a question, but many of the musicians were quick to jump into the interpretive pool once I did. My hope is that eventually, with practice, the students will start driving the ship themselves, instead of just jumping on board my boat. Then we will really be making headway, and I think we are on the path to doing just that.

As I ponder how to develop and improve this first experience with the QFT I have the following questions:

My first experience using the QFT revealed enough for me to spend more time over the summer in further developing the QFT’s usage in the band classroom and trying it again next semester. I welcome any constructive input that would assist me with this development and I encourage my music education colleagues to give this approach serious consideration. 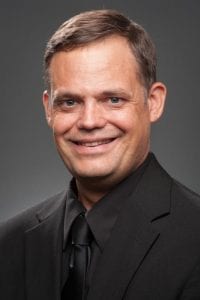 Cliff Towner, DMA, is Director of Band Activities and Associate Professor of Music at Georgia College and State University. His responsibilities include conducting the Wind Symphony and Jazz Band, as well as teaching classes in conducting and music education. Dr. Towner holds a D.M.A. degree in Wind Conducting from the University of Nebraska-Lincoln, a Masters of Music degree in Music Education from Wright State University, and a Bachelor of Music Education degree from the University of Cincinnati College-Conservatory of Music. Dr. Towner also taught in the public schools for ten years in Cincinnati, Ohio. Cliff currently resides in the Milledgeville, GA with his wife Gina, and their daughter Laura and son Nathan, where they enjoy traveling and riding roller coasters whenever possible. Cliff can be reached at clifford.towner@gcsu.edu.