It’s a statement that has been near and dear to my heart for as long as I can remember. “Does life on other planets exist? Just curious.” “Is the Bible a real history book? Just curious.” “What was life like in the Americas before the Europeans arrived? Just curious.”

A couple of years ago, I found myself extremely frustrated that so many of the topics and questions of my classes were generated by me. At the time, it appeared that my students were not really interested in the subject or how it connected to their lives. It was my classroom and I was expected to generate the questions. Unfortunately, it seemed like they only cared about how they would perform on the test. 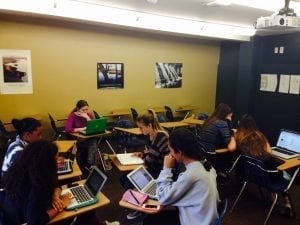 This year, I was determined for that to change.  One of my goals was to increase student engagement by making the students more responsible for the class. To accomplish this goal, I decided to use the summer to completely redesign one of my classes – Issues in African History. I wanted to make the course something the students would really get excited about and become really engaged with. I figured that the best way to do this would be to provide them with an opportunity to share their background knowledge on the major events that have occurred in African history, and in some ways, allowing them to be the expert in that area.

After reading Make Just One Change, I was convinced of one thing. If I could get my students to ask the questions that they feel deeply about, the ones that they care about the most, I would no longer be the “keeper of knowledge” and the sole person responsible for sharing content. The students would get a chance to join me and we would learn together. I could begin to achieve my goal.

After our first unit, which was a foundational unit on African history and geography, I planned to be intentional with the introduction of the Question Formulation Technique (QFT).  My class decided that the issue in Africa that they were most interested in exploring was piracy in Somalia. To begin our second unit on Somalia, we did the QFT together. My students were so reluctant to formulate questions that the room was dead silent. While there are tons of reasons, It seems like they were initially apprehensive because they were afraid of being intellectually vulnerable in front of me and in front of their peers. Ultimately, to them school was not about what you knew, thought, or wondered. School was where teachers told you the answers and students listened, wrote, and responded.

If I could get my students to ask the questions that they feel deeply about, the ones that they care about the most, I would no longer be the “keeper of knowledge” and the sole person responsible for sharing content.

I became extremely nervous that this was not going to work. My students seemed afraid of the intellectual risk involved in asking their own questions. I told them that there was only a short amount of time to ask questions and encouraged them to get started.  Still, nothing. This isn’t  just the culture of the school but part of the culture of the educational system. That silence. That strange, awkward, and long silence. About three minutes later and my constant reiteration that they would not be judged based on their questions, it started. One brave student shouted her question toward the board and I wrote it down exactly as it was stated. I responded with a simple, “Thank you.”  Then another student, finally realizing that we were just asking questions, followed the first question with one of her own.

“Why are there pirates in Somalia?”

“What causes someone to become a pirate?”

“Should the international community do something about Somalia?”

“What role does geography play in Somalia’s current situation?”

“What role does economics play in the Somalia’s current situation?”

“How much of the piracy is associated with the economics of Somalia?”

“What are the perspectives on piracy in Somalia?”

“Where’s the good in Somalia?”

“Are there other perspectives on Somalia?”

“What did the author of the article omit about Somalia?”

At the end of the QFT, the students reviewed the questions they generated, and were extremely proud.  Within a span of three minutes, my students had filled the entire white board with questions that they were genuinely interested in exploring. Unsurprisingly, many of the questions were similar to those I had wanted to explore with my class anyway.

For homework that day, I assigned my students a case study/country profile on Somalia that were to read in preparation for the next day.  At our next class meeting, my students were eager to share their insights and findings on the case study as many of their questions were addressed by the reading. They felt empowered. They worked tirelessly to connect the reading to our essential questions as they attempted to address the roots causes to understand a contemporary event.  The students were invested in their learning.

“…at no point in the process did the students ask the dreaded question that makes me cringe, ‘Is this going to be on the test?'”

After the initial completion of the QFT, we discussed two things.  We first discussed how to go about answering the questions that were generated, and took a voted on which questions deserved most of our time and energy.  Second, we discussed the process. The students lamented about their initial apprehension to the process, but raved about how they eventually came to enjoy it.  One young man, with a big smile on his face, mentioned that he absolutely loved the way the class was structured.  He shared how much he appreciated having his voice heard in the classroom. To my surprise (and utter delight), at no point in the process did the students ask the dreaded question that makes me cringe, “Is this going to be on the test?”

For me, their questions and the young man’s comment made my day.  I wanted the students to own the class.  I wanted them to have a say in what we learn and how we learn it.  After using the QFT just one time, I was already noticing a change in the engagement of my students.  Additionally, when we started the research paper process, I watched as students began the brainstorming process for their research question by using the QFT.

Now, when my students read articles about issues in Africa, regardless of the point that the author/journalists are trying to make, they immediately interrogate the sources. They are asking tons of questions and it excites me to no end.  My students use their questions to learn, for clarification, to research, to discuss, and to write. So many questions!

I am in no way suggesting that my students have perfected the process of questioning or that they even always generate questions that they’re able to use. But this is, by far, a better experience for the students and for me.  It is their class now, and they are finally exploring their curiosity.

Rob Evans has been a member of the Chadwick School faculty since 2011 and an educator since 2000. He received a Bachelor of Arts degree in History from Lane College and a Master of Arts in International Relations from Webster 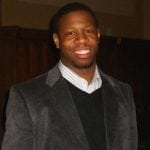 University. Rob teaches US History and Issues in African History. A native of Memphis, Tennessee, Rob is married and the proud father of four children, two sons and two daughters.